So there I sat, at the demonstration of a new website I've been part of building. About 10 people in the room, some of which had never seen the site before. There had been preparations, and we had gone through which parts of the site we were going to present. Only the simple part left…

So the presenter fires up the projector, connects it to his Mac, and looks at the projection. Half the site is outside of the screen. Turns out the maximum resolution is 800×600, and we've designed the site for 1024! People started looking at each other.

"We have to be able to show the site with a projector!", one from the audience proclaimed. 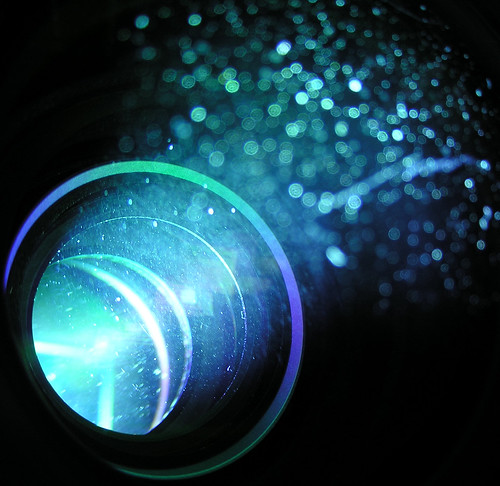 I've rarely heard people working with accessibility mention projectors as arguments for accessibility, but it turns out they are great for that purpose. Just look at it like this:

Interesting isn't it? Those three just happens to be exactly the same things that we try to optimize when working with accessibility:

So, we could just as well have been optimizing the "projector experience" all along.

How did the presentation go? Well, we simply zoomed the site out one step, and continued as usual. You are making sure your site zooms properly are you?