For about three weeks, I have been a beta tester and then a regular user of Narrative; a wearable camera that is always on, and that takes two pictures a minute. I thought I'd take some time and share my insights from that experience, and the reason why decided to stop using it.

2014 will be a year of wearable tech and Narrative is clearly a front-runner. It's always on, and nicely captures things around you with iPhone photo quality. At the end of the day you connect it to your computer, which uploads the images to private, encrypted, image storage, that you can access through the Narrative app on your phone. A clever clustering algorithm, based on both GPS data and image similarity, clusters the images to make them easier to browse. It works great, and lives up to the promise of capturing your day as it is. 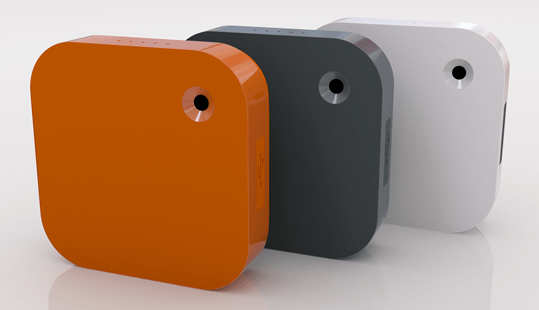 So, insights, what did I learn from this experiment?

Asking for permission. Narrative takes asking for permission to its limits, since it's always taking pictures. Because of that, I think it follows the same rules as taking a photo with your phone (people tend to think of them as two different things, I don't). Just like you ask permission before taking photos with your phone, you need permission before wearing the Narrative clip on around someone. This was my stance from the very beginning. Not everyone agrees with this, more on that below.

Taking pictures vs. Sharing pictures. Giving someone permission to take pictures, does not mean you automatically get permission to share them. Narrative takes pictures all the time, but they are are not meant to be shared. They are put in the personal diary that is the Narrative app, and are only viewable by one person. Getting permission to wear it while meeting your friends, does not mean you can share the pictures with other people, without getting their permission again. While this might be obvious for the Narrative camera, I think it applies to mobile photos too. "Is it OK if I take a picture of you?" is not the same as "Is it OK if I share a picture of you with my friends?". If you miss this distinction, you will offend people.

Everyday life. If you are an active Facebook or Instagram user and look at your profile, you will see a very "directed" and prettified version of your life. This "fixed version" might match your experience well (doing new things means more vivid memories), but it does NOT match how your life looks when viewed through Narrative's stream of photos. I do programming, and ~6-8 hours of every workday I look at a computer screen. The photos from Narrative makes this painstakingly clear. This is a very different image from the one I get from looking at Facebook or Instagram, where the only picture shared might be the great theatre performance I watched later that night. This is of course obvious when you think about it, but my guess is that most people don't think about it. I definitely did during these weeks. Facebook and Instagram fundamentally change how we remember things, by reminding us of all the cool stuff we do, and forgetting everyday life.

Everyday life of your friends. The difference between your social profiles and your Narrative photo stream of course applies to other people as well. When you look at your friends' social profiles, know that what you see very different from their everyday life. We live in a time where we focus too much of our attention on other peoples experiences.

Asking for permission is uncomfortable. No matter how strict you are in your policy about sharing the pictures you take, there will be a couple of uncomfortable minutes of explaining how the camera works to new people. People assume that the photos are shared automatically. They assume that you just asked for permission on a whim, and could just as easily forgotten about it. This of course goes away with some explaining, but it's a very bad place to be with people you don't know that well. As someone that takes pride in trying to meet new people often, this is a severe blow to the experience using Narrative. A blow hard enough that I decided the camera wasn't for me.

Not everyone will ask for permission. Not everyone using Narrative will ask for permission first. I've met people that decided not to, arguing that if you have showed something to them, it makes sense that you allow them to see it again. I understand this line of reasoning, but I think the problem really is with allowing a digital file is where the problem lies. Snapchat raised the bar on what kind of pictures you could send to your friends, but deleting them after a set amount of seconds. The Narrative images are permanent files. Even though they are not shared, there's the potential of them being shared, and that's bad enough.

So I don't agree with this line of reasoning, but there will be no way of stopping these people from taking pictures of you anyway, and potentially sharing them with their friends. Personally, I think I'm fine with the "taking pictures" part, especially if it's in a public setting: a subway station, a mingle event, or a large party. If it's a private setting with fewer people, I would like to be asked. If I trust the person, I would most often be OK with having pictures of me in a private setting too, but again, I would like to be asked when that person wanted to share the picture with other people. These are my own thoughts, and I don't assume yours to be the same.

My thinking around this means I won't have a problem with other people not asking for permission, since this will happen mostly in public settings. In more private settings I will have to talk to them, and understand their policy around sharing the pictures with friends.

Different forms of sharing. Sharing does not necessarily mean sharing on Facebook or Instagram. It could just as easily mean showing someone your phone when having the Narrative app open. It could mean having the file on your computer and then flipping past it when looking for other stuff to show your friends. It could mean inadvertent sharing when you get hacked, get your computer or phone held as evidence in a police investigation, or your government spying on you (NSA).

Sharing is tricky, and I've heard people reasoning around it in terms of what group you share to. Some people are OK with government spying since only a few analysts will see their stuff. Other people are OK with you sharing a picture on Facebook if they know you have reasonable privacy settings. Your mileage may vary, but I wouldn't be surprised if the answer to "Can I share this?" will be highly dependent on the group of people that you share to. Now, the people you share to, and the people that are likely to see something you share, are a much smaller group (EdgeRank), and this makes it even more complicated to value how much privacy you are giving away by allowing someone to share something.

Sound and video. Another common question I've gotten was if I'm recording sound and video. The answer is no, and I think this is a good thing. I hadn't thought of this before, but sound is much more intimate than pictures are. Sound is closer to your thoughts, and sharing someone saying something stupid is much more revealing than a picture of them looking stupid. Pictures rarely portray thoughts. Sound raises the bar considerably, and would make all the interaction around the clip even more difficult. I'm not sure people asking for sound and video support to be added to Narrative have considered the social aspects properly.

And that's it, my thoughts around the Narrative clip and what I've learnt from it. I hope you have learnt something too. Don't take this as a reason not to try the camera, it's very opinionated, and you might handle the social aspects better than I did.

Feel free to leave a comment if something needs clarification or if I can answer any questions about my experience.