To be an effective twitter user you really need a permanent window on your desktop, that shows you what's happening right now. I've been using TweetDeck for a long time now, with short detours into Seesmic and various smaller clients. TweetDeck is the best client I've found for my needs, but its interface has lots of little bugs and inconsistencies; small things that together add up to a bad user experience.

I hope someone from TweetDeck reads this, and can start working on these (simple) issues. I really think they would improve the general user experience a lot.

Here's a quick sketch of how TweetDeck looks *before* any changes: 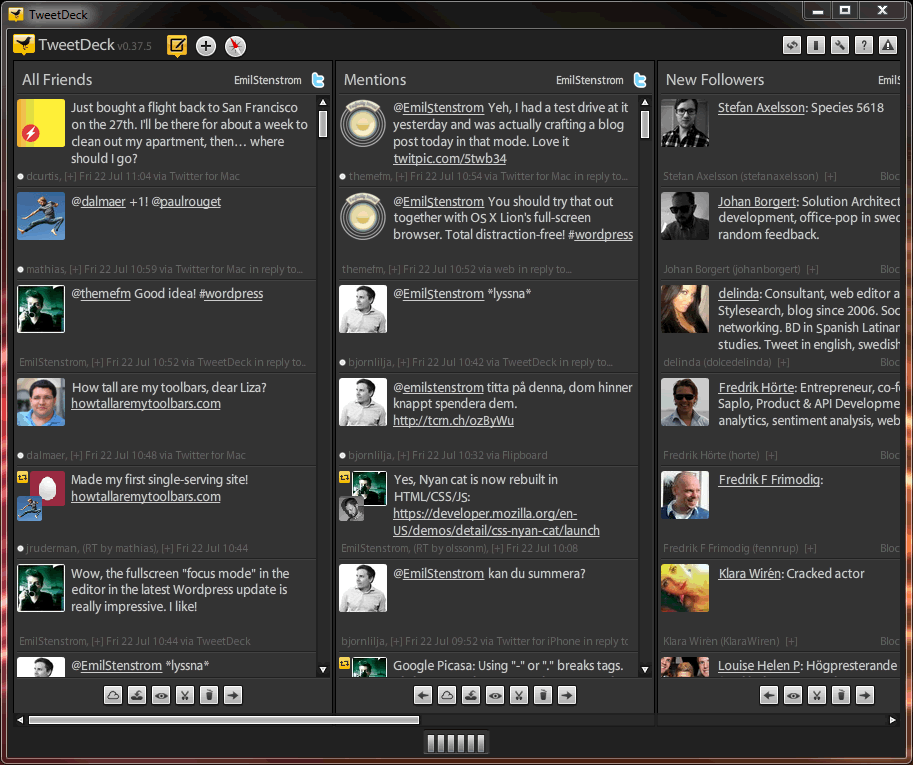 … and here's the same view *after* the five interface improvements have been implemented: 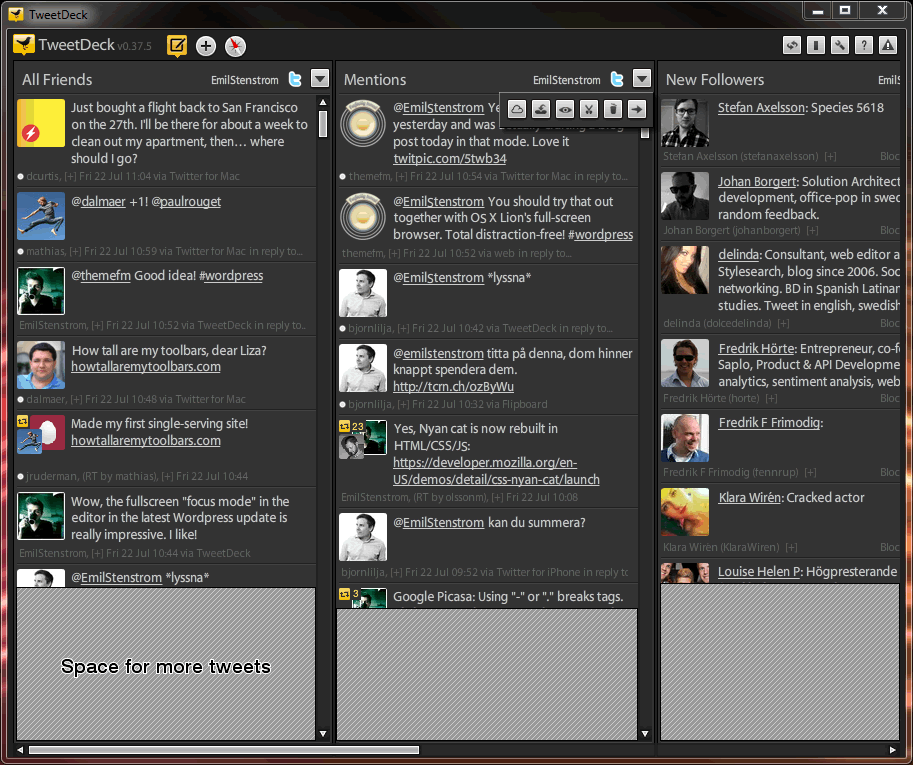 These are changes I really would like to see in TweetDeck, what do you think?